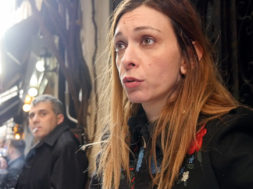 A path to dictatorship?

On 16 April, the Turkish people will decide on the introduction of a presidential system to further strengthen the powers of President Erdoğan. As the referendum divides a whole nation, “ARTE Re:” shows: Erdoğan’s referendum – a path to dictatorship?