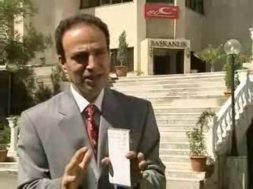 The riots began in Diyarbakir, the Kurdish capital of Turkey, after the funerals of four PKK fighters. Security forces rounded up 250 children from the poor quarters who are now facing 15 years in prison. The verdict will be announced in September. “They were beating us and blaming us for being terrorists,” describes Ali Ates. But elsewhere in Diyarbakir, conditions are improving for a select few. The city now has an established middle class and ballet school and the rich are moving to the suburbs.