Next Video A Dream of Freedom - The Kurds in Iraq
next
Documentaries
15. Juli 2003
Thomas Büsch 0 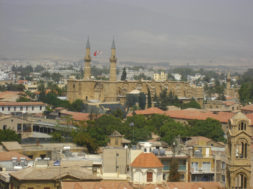 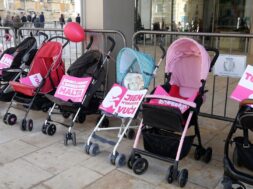 Documentary about the movements on this island after 29 years of division. Reviews and visions at the southeast tip of Europe, which symbolizes significantly the tension between cultures.

Many years Greek and Turkish Cypriots could meet only within the peace movement in the village Pyla – situated under UN supervision in the buffer zone. Since April exists freedom to travel; already in the first month 100.000 Cypriots made a trip to the „other side“, suddenly phone connections between both sites exist and to all it appears like a miracle.

But is this the solution of the conflict? There are different opinions about it:

Spyros Hadjigregoriou is an accountant and since years part of the peace movement. Deeply stirred he welcomes the family Irkad in the southern Paphos; he is on friendly terms with them since the 70‘s. Before 1974 Hüsseyin and Ayse Irkad lived with son Ulus in Paphos. After the greeting the friends stand crying in front of the rubble of their houses. In the line with the Greek Cypriot policy – not recognizing the division – most houses remained empty. The former Turkish quarter is partly settled with orthodox foreigners (Russians, Serbians); many houses dilapidated; the mosque is locked.

We travel with Spyros Hadjigregoriou into the north. He meets his Turkish colleague Ali Firat, a fan of the government party from Rauf Denktash. Ali guides him through Turkish Nicosia, Spyros walks astonished through a Turkish Caravansary; he feels like a tourist and buys postcards. He is enthusiastic about the variety of the cultures of Cyprus.

Then the two drive to Spyro‘s village. The mood changes, everything in the village has changed. The church is a mosque. Spyros can not find his house, he is confused and disappointed, the enthusiasm diminishes. The Turkish population of the village is also skeptical.

In the north the division was publicized as final goal. Greek houses were given to Turkish refugees from the north or to settlers from Turkey. This politics were justified as reparation for the pogroms of the Greek junta and the Enosis movement in the 60‘s and at the beginning of the 70’s.

Farmer: “…the Greeks believe they can sue for their houses in Dan Hague. Well, then I complain also. Once Athens belonged to the Turkish Otoman empire, I want it back…”

Ulus Irkad is teacher and member of the opposition party. He lives also in a Greek house. He got to know the former occupant in the peace movement. Ulus would vacate his house immediately in the case of a reunification. He and his family are against Denktash and they accuse him to treat the Turkish Cypriots as hostages, so that the accession to the European Union remains dependent on Turkey.

For three decades the persistence in own political positions prevented from the unification. The hopes for a solution still exist on the island. The opening of the borders shows: beside politics the Cypriots already decided.

Now it is important if both sites will walk towards each other or if they will fail on the old conflicts. The European Union could be a frame to reach consents. Who knows, maybe one day Cyprus can become a model for the EU.